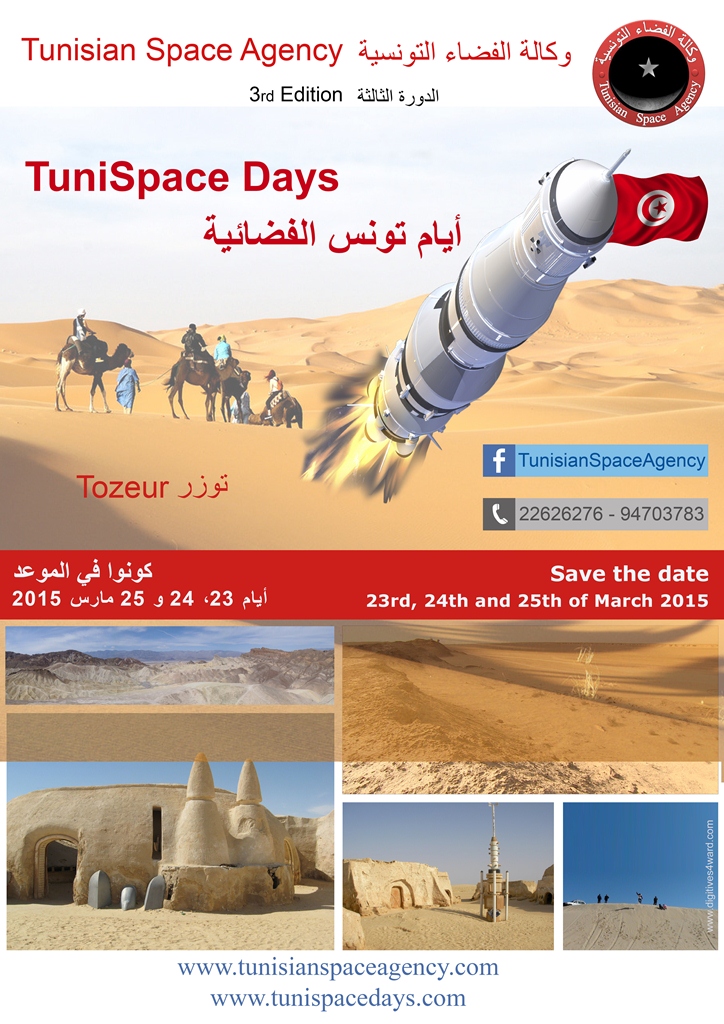 This is the 3rd edition of TuniSpace Days organised by Tunisian Space Agency.
It took place in Tozeur, a city in south west Tunisia, on March 23rd, 24th and 25th 2015.

The TSA chose Tozeur to hold the event for the purpose of promoting tourism in the wonderful Tunisian south which nature is basically made up of oasis and sahara desert.
In addition, the landscape contains buildings with traditional architecture and a very important filming location which is the set Mos Espa where was filmed Star Wars.